in summary, my life since the year started:
i started live painting at concerts, i turned 21, i got a mohawk, one of my best friends that i was considering living with was murdered by her room mate, then the next day my mom decides she's kicking me out.
Well, that escalated quickly.

thats not even the half of it...its only 3 months into the year and its already a hard year.
i planned to blog more this year, but all that made me..well, hesitant (for lack of a better word)

i needed a break from life, the bad things in it..
i didn't want to be in Ohio.
concerts are one of the only things that bring out my happiness, and especially HIM.
in 2013, i went to Atlanta to see HIM. september 22, i remember the date.
i met so many amazing people and they became like family.
and HIM was back in the US, so i reuntied with my Heartagram Family :)
it was one of the best couple of days i'd had since i came to Atlanta the first time :) i went to Atlanta and then Orlando Florida!

i stole these from my tagged photos on facebook :)


HIM @ Center Stage in Atlanta 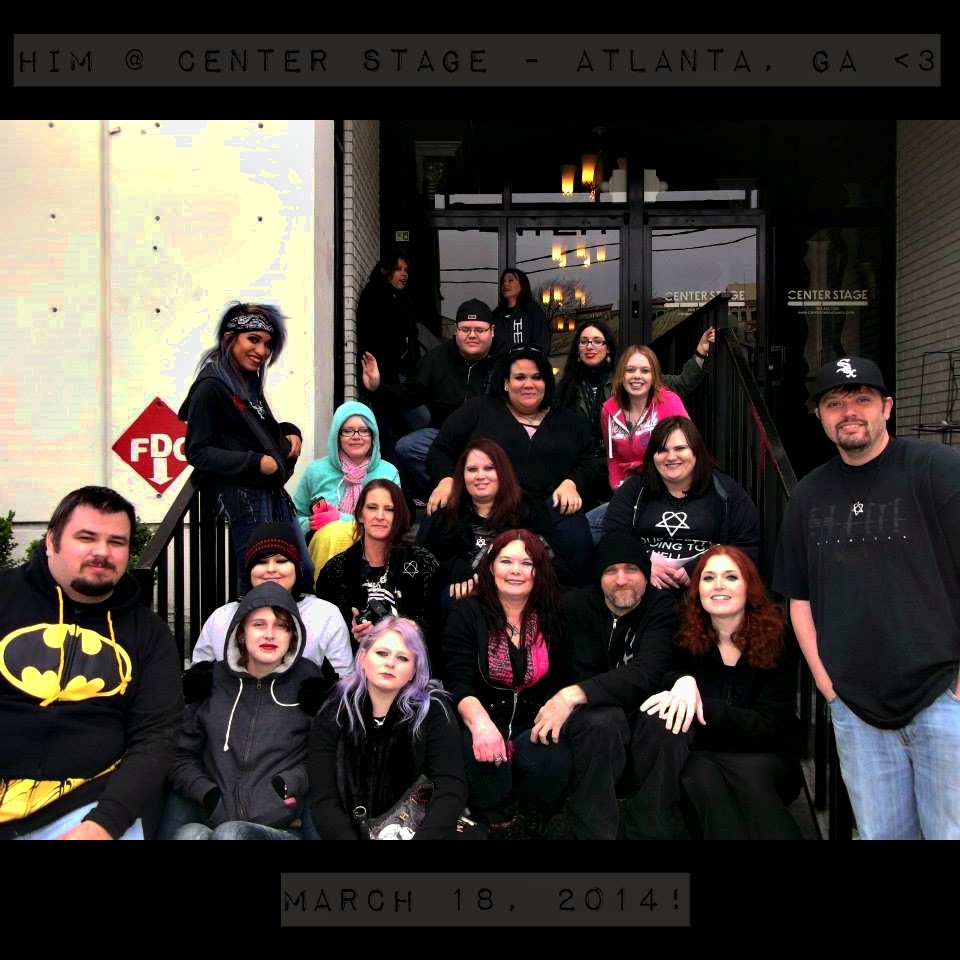 the 2 girls under me were the first people i met in September (that show was at The Tabernacle) i got there at 8am, and they were the only people earlier. they'd been there all night! they make me happy :) they're all so nice and welcoming! 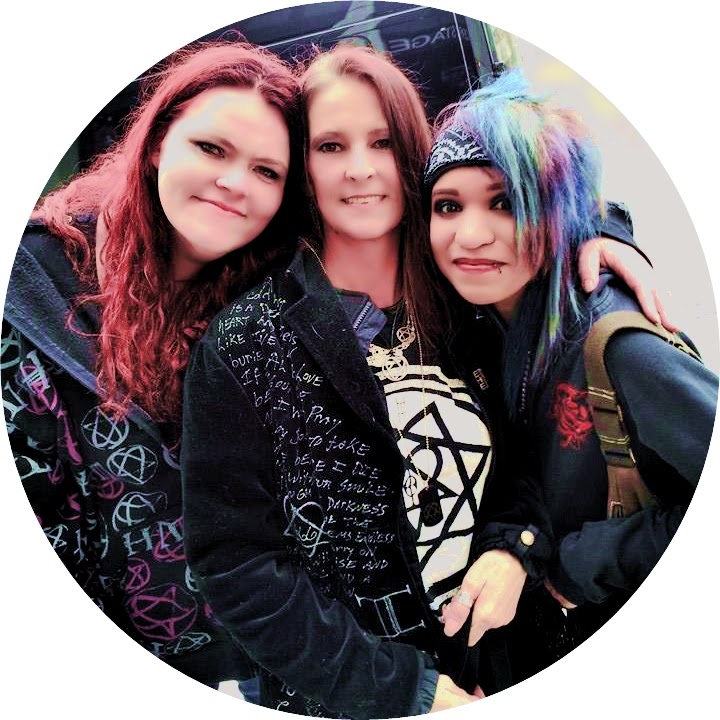 amanda n from the tennessee street team, carla and me :)
amanda is practically squatting, me and carla are shorties xD amanda is 1 inch away from being an entire foot taller than me. YEAH. SO SERIOUS. lol 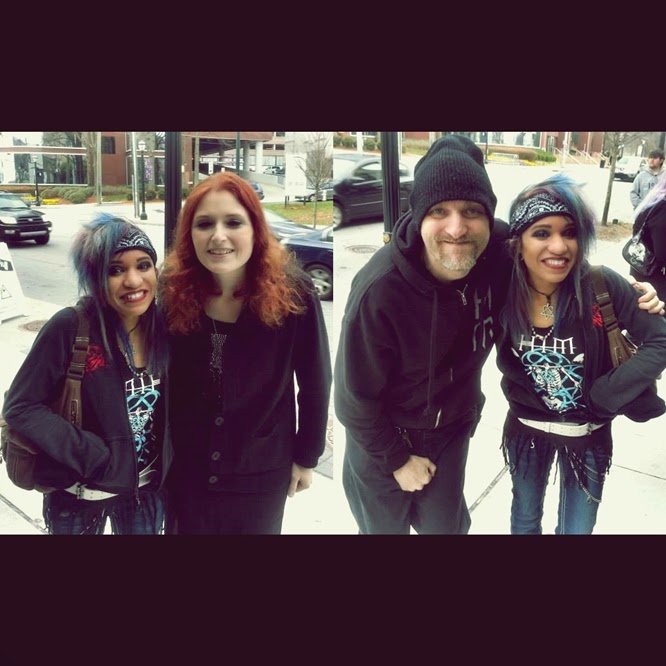 one of my favorite couples ever :) Angela and Dennis :) 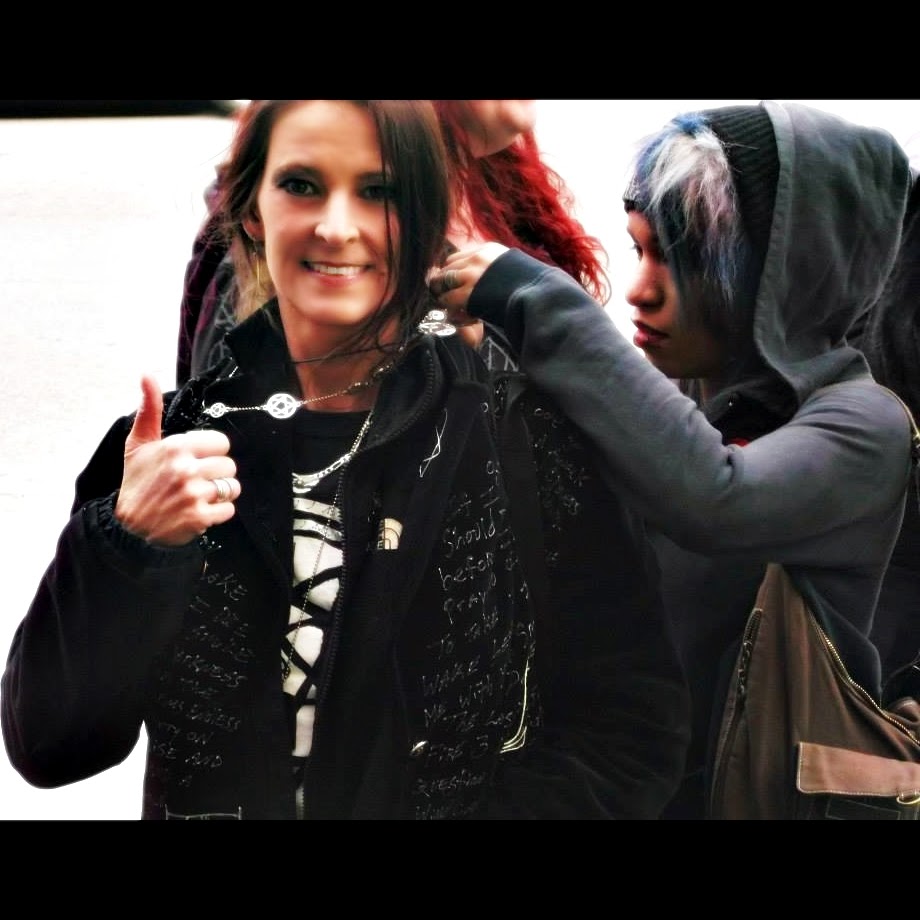 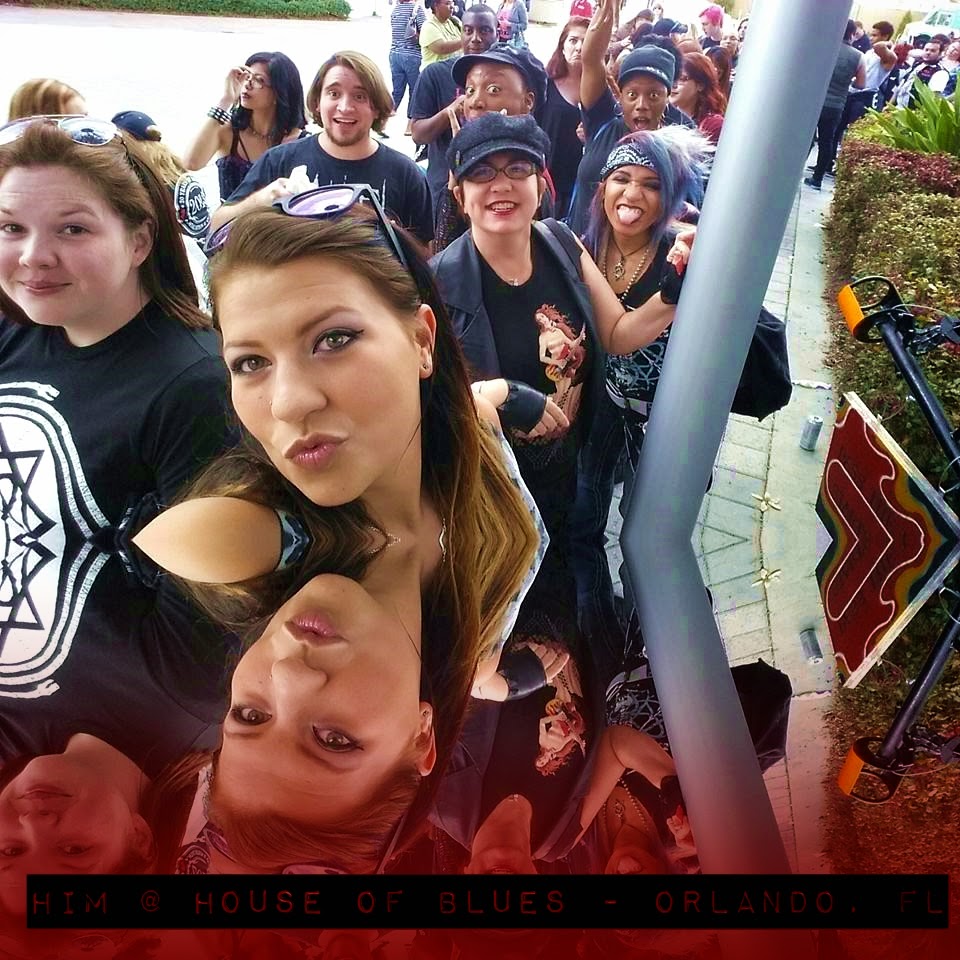 and in Orlando! only a 4 people were here before i was, Leah (taking the picture) is the person i met here, i was about to be very alone xD and Lintu Pieni is the lady beside me with the cool hat :D she recognized me from Carla's pictures of the night before and we were instant friends! definately one of the coolest people i've ever met! 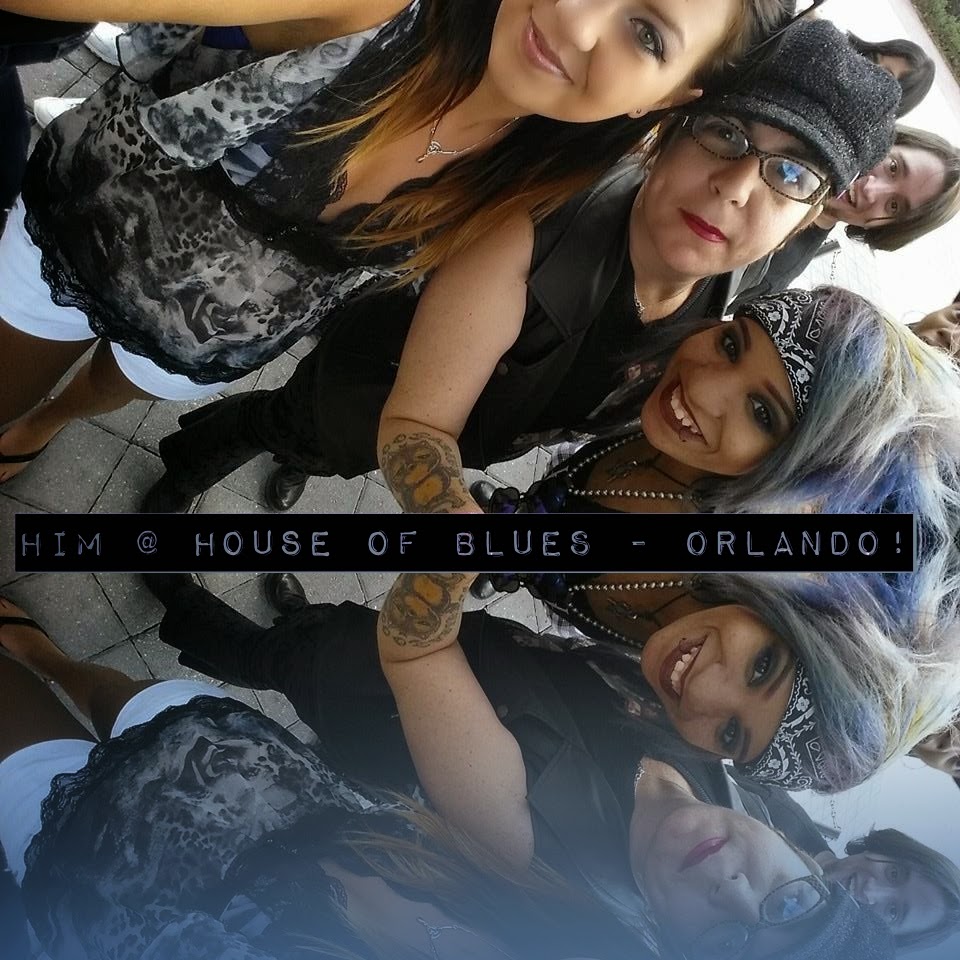 i got sad during the concert, besides the happy tears, there were some sad ones as well...the end of poison girl, for some reason Meagan, my friend that recently passed popped into my head. and again in Funeral of Hearts i found my self sobbing. but i didn't cry at her funeral, so it was nice to get it all out...i'm always overcome with emotions at thier concerts because i love them so much, but this time was different. but they always get me through it..and i'm so glad for that.

i was so glad that i got to see all these people again, after how much i've been going through inside, i needed to be around them...generous, sweet, and nice people that love the same things i do, and are passionate about our favorite band, HIM ♥ the band that i give full credit to keeping me together especiall the past 7 years. and now, not only has HIM given me something great to listen and relate to and better understanding of myself, they've given me the most amazing "extended family" i could have ever asked for. every concert is a family reunion for me!! i love you all, Amanda N, Carla, Sora, Lintu, Kat, Leah, Patty, Valerie, Chris, Kayla, Hayley & Haleigh, Amanda B, Angela & Dennis, Dana and so many more...you guys have no idea how much you all mean to me, and we WILL meet again!!

also, there was a group of people behind us that were having a long conversation about smoking pot...did you know that in Georgia, they refer to getting high as "burning down" ??? HILARIOUS!! i thought it was so funny xD

don't just sit back in silence...SAY something!

being shy gets you nowhere in life.

is it just a fortune, or is it the truth?

Chapters of my life...